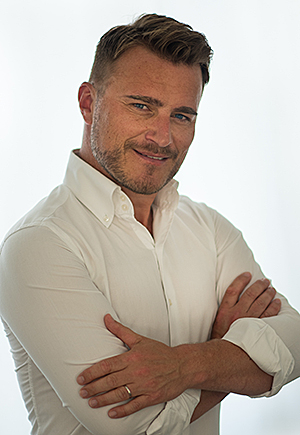 Matjaž Robavs was born in Ljubljana. He attended the Ljubljana High School of Music and Ballet, studying with Professor Marcos Bajuk. After graduating from high school, he enrolled at the University for Music and Performing Arts in Vienna where he studied with Professor Helena Lazarski. In 2000, he completed his post-graduate studies with Professor Robert Holl, receiving a Masters of Arts degree.

Matjaž Robavs has performed at many international festivals: among others at the Salzburg Festival, Charintischer Sommer festival in the Austrian region of Carinthia, the Wratislavia Cantans (Poland), the international Baroque festival in Varaždin (Croatia), the Wexford Opera festival (Ireland), the Zommeropera Festival in Antwerp (Belgium), the Baden-Baden festival (Germany) and many more.

He has performed as a guest at opera houses in Zuerich, Klagenfurt, Schwerin, Vienna (Volksoper, Teater an der Wien), Ljubljana, Antwerp, Wexford, Salzburg (Salzburg Festival) and Frankfurt. He has played the following roles:

He has performed on concert stages in Europe, Japan and Canada. He has recorded for Slovenian, Austrian, Belgian and Japanese television. He has four solo recordings: Slovenian love songs, Slovenian patriotic songs, Slovenian drinking songs and old Christmas songs. He sang the title role on the English company Naxos’ recording of the full-length opera, Svanda Dudak, the first recording of the opera in the Czech language.