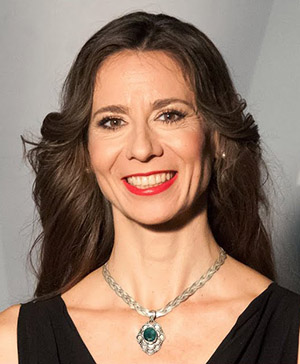 Full professor at the Academy of Arts at the University of Novi Sad. She graduated at The Department of Music in two sections: General Music Teaching Section and the Solo Singing in the class of professor MA Vera Kovač Vitkai (1997, 1998). She completed her master’s degree at the above mentioned Academy in 2002 in the same class, and obtained her Master’s degree in Music in 2010. She obtained the PhD title in 2013 University of Novi Sad, Association of Centers for Interdisciplinary and Multidisciplinary Studies and Research (ACIMSI). The title DoA – Doctor of Drama and Audio-visual Arts she obtained in 2018 at the University of Novi Sad, Academy of Arts.

During her studies and after graduating, she has been performing as accompanist (on organ and piano), showed affinity for pedagogical work, concert and opera singing.

She has received several awards and recognitions: University Prize Award for Students 1997/98; Scholarship by the Ministry of education and sport, for the success in work as an assistant, for the year 2002, etc.; She performed with great success throughout the former Yugoslavia and abroad (France, Switzerland, Hungary, Greece, Romania, Germany, Moldova, Italy, etc.).